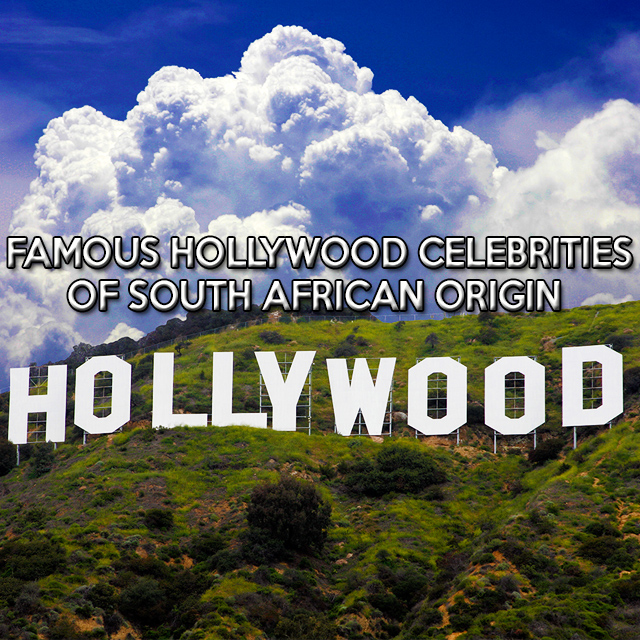 At Dumela Holiday we treat all our guests like celebrities! So if you would like to experience what it’s like to be treated like a star, contact us today reservations@zestholidays.co.za | 039 317-3301 / Dumela@venturenet.co.za | 039 317-3302 South Africa is one of the famous nations in Africa that is known for its beauty and diverse culture. Being home to many celebrities, In the recent times, South Africa has proved to the rest of the world that it can carve a notable niche when it comes to movie and music stars. 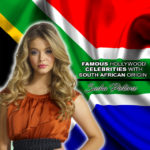 Sasha Pieterse Is a famous actress who started acting at the age of six. She has starred in different comedy series such as Family affair. Sasha was born in Johannesburg, South Africa but was raised in the United States. This is a clear indication that most of her fans do not know that the actress was born in Africa because she has spent most of her lifetime in Las Vegas. 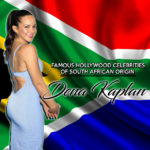 Dena Kaplan Is a renowned actress who has successfully built a remarkable career in the film industry. She became famous after featuring in Dance academy, a popular Australian television series. This TV series was featured in the Australian broadcasting corporation where Dena played the role of Abigail Armstrong. She was born in South Africa but spent most of her life in Australia after moving there in 1996. She also attended high school in Australia.

Arnold Vosloo Arnold Is a great actor who has earned greatness by his own merit. He has established a remarkable reputation in the acting industry wining several awards. Arnold was born in South Africa and has made a huge contribution in the country’s state theatre. Arnold has won several awards in South Africa for his theater work, including “More Is ‘n Lang Dag”, “Don Juan” and “Torch Song Trilogy”. A regular performer with South Africa’s State Theatre, he also played leading roles in Savages. He is perhaps best known for playing Imhotep in The Mummy (1999) and its 2001 sequel The Mummy Returns, as well as the role of the superhero Darkman in the sequel Darkman II: The Return of Durant (1994) and its 1996 sequel, Darkman III: Die Darkman Die and more recently, a South African Mercenary named Colonel Coetzee (loosely based on Eeben Barlow) in the film Blood Diamond, a Middle Eastern terrorist named Habib Marwan in the television series 24, and Zartan in the film G.I. Joe: The Rise of Cobra, and its 2013 sequel, G.I. Joe: Retaliation. To date, the trend continues and Arnold is ranked as one of the best South African celebrities of all time.

Dumela Holiday Resort is situated in Margate the heart of the South Coast. We pride ourselves on being the best family resort with various facilities on site which include a family swimming pool, thatched pub and exquisite braai areas just to name a few. If you have any further enquiries or would like to make a booking, please do not hesitate to contact us today Dumela@venturenet.co.za | 039 317-3302

Read more
We use cookies on our website to give you the most relevant experience by remembering your preferences and repeat visits. By clicking “Accept All”, you consent to the use of ALL the cookies. However, you may visit "Cookie Settings" to provide a controlled consent.
Cookie SettingsAccept All
Manage consent

This website uses cookies to improve your experience while you navigate through the website. Out of these, the cookies that are categorized as necessary are stored on your browser as they are essential for the working of basic functionalities of the website. We also use third-party cookies that help us analyze and understand how you use this website. These cookies will be stored in your browser only with your consent. You also have the option to opt-out of these cookies. But opting out of some of these cookies may affect your browsing experience.
Necessary Always Enabled
Necessary cookies are absolutely essential for the website to function properly. These cookies ensure basic functionalities and security features of the website, anonymously.
Functional
Functional cookies help to perform certain functionalities like sharing the content of the website on social media platforms, collect feedbacks, and other third-party features.
Performance
Performance cookies are used to understand and analyze the key performance indexes of the website which helps in delivering a better user experience for the visitors.
Analytics
Analytical cookies are used to understand how visitors interact with the website. These cookies help provide information on metrics the number of visitors, bounce rate, traffic source, etc.
Advertisement
Advertisement cookies are used to provide visitors with relevant ads and marketing campaigns. These cookies track visitors across websites and collect information to provide customized ads.
Others
Other uncategorized cookies are those that are being analyzed and have not been classified into a category as yet.
SAVE & ACCEPT
Scroll To Top
Open chat
1
Scan the code
Chat to us!
Hi there, thanks for visiting our site.
You are moments away from your next dream holiday!

How can we help you?